Get fresh music recommendations delivered to your inbox every Friday.

The Enemy Of Everyone

by Conan Neutron & The Secret Friends 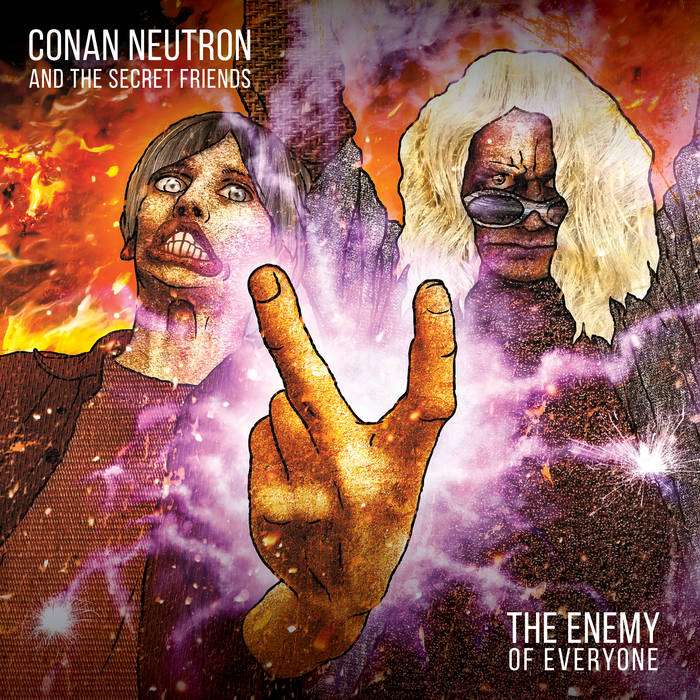 .Randy Lee From start to finish I LOVE IT. Favorite track: Hindspite is 20/20.

Desertpunk78 A pretty straight "Rock" record, given the people involved it sounds nothing like their respective bands and that's quite refreshing for a change. Favorite track: Fight Math.

This record was written and mostly arranged between June 22nd and September 7th 2014 by Conan Neutron. Tracks were recorded at Sound of Sirens studio in Sun Valley, CA between September 11th-15th, 2014 by Toshi Kasai. Vocals for Fight Math were done at Antisleep audio, Oakland, CA by Mr. Eugene Robinson on October 8th, 2014. Those were tracked by Mr. Scott Evans. Mixing was done at Sound of Sirens between October 10th-15th. 2014 by Toshi Kasai.

Mastering was done at Golden Mastering between Jan 27th and Feb 3rd, 2015 by JJ Golden.

The Butch Cassidy to my Sundance Kid,
A best friend, a wild heart, an untamed beast and a cautionary tale.
You truly were the enemy of everyone, and this record… my friend, is for you.

Bandcamp Daily  your guide to the world of Bandcamp