Get fresh music recommendations delivered to your inbox every Friday.

The Art of Murder

by Conan Neutron & The Secret Friends 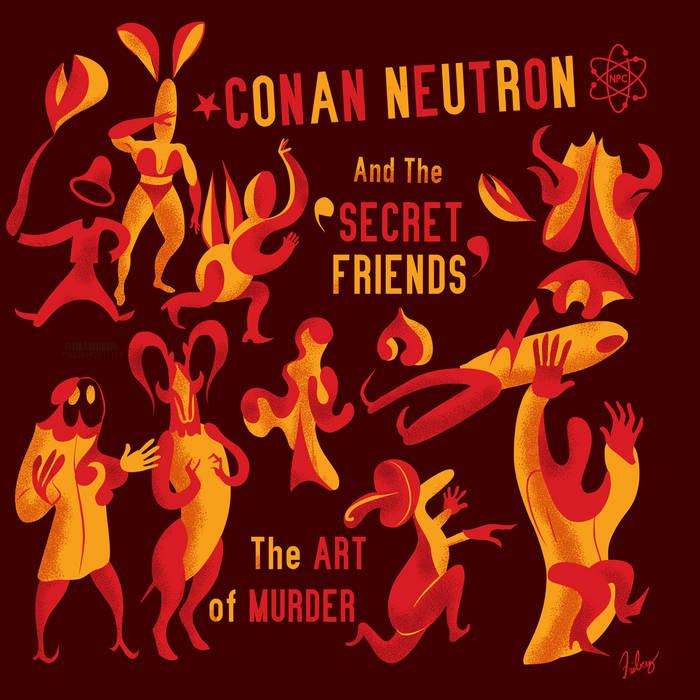 Michael Markowski Conan has been writing and recording roaring rock and roll songs for years and wiith every new release from Conan you know that you're in for a rocking good time. Highly recommended. Chair! Favorite track: Chair of Antlers.

Bucky This is great. All the band members previous classic bands are present. The throbbing basslines catch you off guard like your mom walking in on you dancing with lotion and legs and junk and shit (see Heddbuzz below). Captivating chorus lines are blurred with quirky and belligerent grooves.

Heddbuzz tuck your junk between your legs and dance around - with lotion. Favorite track: Avid Fan.

Art and layout by Rick Froberg

This record was directly inspired by the Hannibal Lecter series of books by Thomas Harris. Red Dragon, Silence of the Lambs and Hannibal and the fascinating interpersonal dynamics between the characters within. As well as some of the other associated material around the characters of said stories. Certain phrases are cited in the lyrical content and are done so with the utmost respect and admiration.

Thanks to Lindsey Neutron, Stephanie Vogt, Jordan Sobolew, Michael Marchant, Erica Strout, Lindsey Charles, Kevin Burkett and the Electrical Guitar Company and to all of the rest of the Friends of the Neutron out there. Secret, explicit or otherwise.

Bandcamp Daily  your guide to the world of Bandcamp